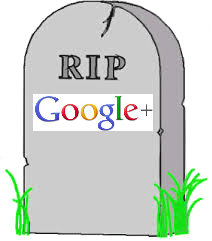 Just as we happily bid farewell to a bad me too product called Google+, new video services come online called Disney + and Apple +.  Walt Disney and Steve Jobs must be turning in their graves. Doesn’t management get that the + moniker only works for an extension of a product line, not a whole new company service. After all you can’t buy a Disney or an Apple (except at a fruit store). And these are not follow on products or services. Just like you couldn’t buy a Google, so what the heck was a Google + ??

If it was Google Chrome and they had an upgrade, then it could have rightfully be called Google +, at least until it had another major release. OK, I know, you programmers say it could have been called Google ++. Yeah, but that seems to be where marketeers would have fought back – finally.

Why did they let these + names out the door though, especially when you are competing with what have become great brand names: NetFlix, Roku and Hulu?

I think we can call them collectively YAPC names. (Yet Another Plus Channel). They will soon be mixed up and confused. And not just with video services. Maybe when Disney gets some clean cruise liners they can call them Disney + (Fresh Air).

So how do these names come about? I think I know. Poor product managers probably had a short list of interesting names (or maybe not) which they shared first with management who said “I don’t know those words. Give me something that I immediately recognize”  – forgetting that they have millions of dollars to spend on branding and really need a unique new word to cut through the noise.  And when presented with some standard dictionary words – probably descriptive since at this stage people tend to forget they are naming the service and not describing it – a passed around or surveyed list drops to the lowest common denominator.

So product manager then takes it off to legal for blessing and guess what? You can’t trademark generic words in your trademark category! And there is no common worldwide trademark body, so you have to register in many countries. And each one costs real money. And getting a common known word approved in most countries around the world is almost impossible, especially now that it is almost 2020 and even the biggest dictionaries have been combed over a thousand times and millions of trademarks have been registered. DreamWorks did manage to get a compound of two simple words registered worldwide, but it is rumored to have cost about $750,000 to do so.

So your own legal team rejects the common name they will have to defend in years to come. But the product manager has to ship product and is tired of running for approvals so some bright spark says “we clearly own the legal rights to Disney or Apple or Google or ..” so lets just stick a + sign after it and be done. To me that is like putting flat tires on a new car and just saying we will have to simply push harder up the hill. Bit late to realize you should have called some naming consultants who knew what they were doing and knew how to properly facilitate management meetings and kept all names that were not provisionally available off the board.

Btw It doesn’t have to be that unusual or unique a word as Roku (Japanese) or Hulu (Hawaiian) as exhibited by NetFlix and Dreamscape. And good naming agencies have emergency services by working off their databases of known available names. Do you really want your kids saying “watch it on the + channel” without knowing that means something quite different to their friends.

PS You can’t even have a + sign in your domain name so right there they are weak brand names.