Unlike most other heads of naming agencies who usually come from a linguistics or communications arts background, Athol (*) has two degrees in Computer Science and has been the consummate technical marketeer for most of his life. Working in local and international markets, both large and small, in hardware, software, equipment and component companies, he progressed from programmer and support engineer to senior sales and marketing executive roles at companies like Sperry Univac, Digital Research, Sony, Maxspeed and others. As a result, he learned first hand that good products cannot succeed without proper branding, promotion and positioning. Ironically, a lot of his work and focus was always on computer languages.

In the past few years he has done much more work in international and consumer fields, where the naming arenas are so more intricate. But at least in these fields he is gratified to find management know they have to do some marketing.

Athol co-founded NameTrade while still working as a marketing director at Sony Microsystems, then later joined them full time when they were merged to create Cintara, a complete branding agency. He started over in 2002 with the launch of Brighter Naming, where the focus is only on names and taglines. This ensures no conflict with other creative agencies that might be onsite at a given customer.

Athol has always been fascinated by names and word patterns, and is happy all that old Latin beaten into him at private school can now be put to good use. Not many people get to turn their hobby into a job! Unlike other linguists or namers who specialize in a strong second language, Athol speaks a little bit of many, including German, Spanish, Japanese and Afrikaans.

Today he is much more interested in spoken languages than computer languages, and is especially adept at listening and working with non-native English speakers. Group psychology is another of his interest areas, and a very important underlying issue at every turn in the naming process. He personally facilitates all executive meetings.

At the same time, Athol has been reading and writing about names and branding for quite a while, and is especially fascinated with how consumer marketers and technical marketers think they are so different from one another. In reality, they can learn so much from each other. Some of this comes through in Athol’s notes and comments in his regular blog here at Brighter News (embedded in this site) as well as his books, naming and trademark articles and the Name Critic’s column. He has also been quoted in The Wall St. Journal., USA Today, Inc Magazine and was featured in a Business 2.0 article as well as annual CrunchBase name trend surveys. See News section for details as well as how they dubbed him The Namiac. Hence his Twitter account is @namiac and #namiac on Instagram and many think of him as #NameGuru. Plus there are numerous articles posted on this website, as well as Athol’s years of rating names and logos in his role as The Name Critic.

Prior to settling in the San Francisco Bay Area, and later Silicon Valley, Athol worked in Africa and Europe and has traveled extensively around the world for business and pleasure. While making up names, he loves the soft instrumental sounds of distant music from foreign places he has visited. Like the drum and seed instruments of Africa, the reed pipes of the Peruvian Incas, the mouth organs of the Maori’s, or the classical flamenco guitars of Andalusia.

An author and accomplished public speaker, Athol has recently retired after 17 years as a popular marketing and management lecturer for UC Extension in Silicon Valley, where he was also the outside marketing certificate coordinator. He has since relocated to the Sierra Foothills outside Yosemite National Park where he owns rental and vacation rental property.  See Frontier Hill. His personal website is www.svmarketeer.com.

(*) About the name Athol 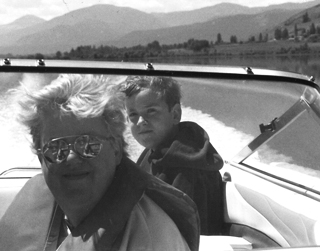 Rosie is not only our most prolific namer, she also serves as the chief linguist.  A Brit now living in Spain, Rosie speaks English, Spanish, German, Afrikaans and now some Catalan. Plus she has a cadre of international friends to help with other languages (like Russian, Italian, Rumanian, French and Dutch) from her base close to Barcelona.

Before becoming so involved with naming, Rosie worked in some international advertising and trading organizations, as well as a long spell in real estate financing and banking. For many years she was dealing with family health problems, so she has had a very big exposure to medical and health care. In fact she is teased that she speaks mostly medical Spanish! Read her blog at www.ebrovoice.com.

Rosie is the author of The Chimona Chronicles, a series of books for early readers. The first book in the series is titled How Kelvyn Got His Name and introduces children to a simple naming process through the antics of critters who live on the lakeside in Canada.

Do the things you fear, and the death of fear is certain. (Anon.)