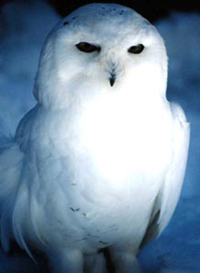 Phonetics is the study of speech and pronunciation. Some languages are phonetic, since they are made up of phonemes rather than alphabetical characters. Japanese is a prime example of a phonetic language. It has a separate symbol for each valid sound in Japanese. This also means they may have a lot of trouble dealing with other languages, or even simply understanding English accents. The Japanese sounds are much closer to the Germanic sounds of Western Europe, or a softer English accent, than they are to an American accent.

Of course, how names are pronounced phonetically depends a lot on the names origins as you see it from your reference point. This will depend a lot on the linguistic roots implied to you in the name too. It is therefore important to make sure that a brand name has good phonetic traits in all the major languages of its target markets. New words can (and are) be added to our vocabulary every day, and the target audience will pronounce the name in the way in which you teach them to do so. A recent well known example is Verizon, which we now know rhymes with horizon despite the fact that it is from the root word verity.

We find that many startup companies have clever names, because the names look good written down. It is only when they finally hire a salesperson who has to say, “Hello, I’m Xavier from XXXXX” (where XXX is difficult to catch and spell) 100 times a day that they realize their name is phonetically unwieldy, especially in the fast paced US markets. If you have to spell it once on the phone, that is OK. By being forced to make a small effort, people’s memory will be enhanced. But if you have to spell it repeatedly, then it has a problem and will be an impediment to doing business. A proper professional naming agency will therefore provide full phonetic help and reports on all final candidate names.

Similarly, some names and constructs are smoother or have good alliteration, so that they sound good even if they are longer to spell. And others have the sticky consonants K,Q,X,Z and hard C that can make them more memorable. This is all part of the phonetics of the name in question, and can greatly enhance or hinder its value.

<– Back to Name and TM ®esources

Disclaimer: Brighter Naming is not licensed to provide legal advice. The information here is provided as an overview service only.