UPDATE:    We have finally found a name generator that works: NameUp. 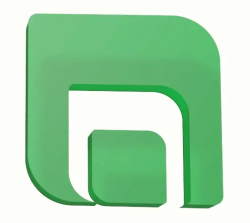 It can only perform so much magic but at least it recognizes that naming is a process. Not only does it generate interesting names from roots and themes, it also helps you run your projects by providing rounds of name lists that have had domain checks. Plus it lets your team score the names as they work towards a common consensus.

This is the generator we will be using in the future. If you still needs creative help and management meeting facilitation, contact the Brighter Team.

When many people are stuck for a new company or product name, they reach for a dictionary or pull one up online. Experienced pros will tell you why the old fashioned big print version works better in this case – because it even tells you what you were not asking. Try it out. Look up a word. Hmm… not right.. what do you do.. your eyes wander around the page to see what else is interesting with similar starting letters. In fact, we have at least one big brand name that was discovered this way. Jerry Yang and his fellow founders were looking in the dictionary for terms similar to YACC (a very techie term meaning Yet Another C Compiler), when they accidentally stumbled upon Yahoo. And there was the magic, even though the dictionary defined it as A slightly crazy cowboy. What was once an edgy name that only a young team, including one whose name started with a Y would pick, has now evolved into a common middle of the road name.

But when the dictionary doesn’t work, many people search for a name generator or idea generator. In fact, we started our very first naming agency on the supposition that computers could solve this problem in due course. We thought it was like teaching computers to play chess. One day, with enough money and effort, computers would best humans. Well here we are almost twenty years later, and guess what? We use humans as our primary name generators because we now realize that computers cannot be taught feeling, emotion, sounds and instant imagery. After looking at every software tool imaginable (after all I have two computer science degrees), we realize that computers mostly make up high volume junk – and it takes longer for a human to wade through this junk looking for a few good names than it takes a good namer to create their own list in the first place.

Yes, we do have some crude in-house tools to help professional namers supplement their own personal ideation tricks and we will continue to watch for more of these. In the meantime, we have found there are certain people who love to play with languages, who understand tone and imagery, and who have experience in naming such that they can generate a long list of potential names overnight.

Our star name generator is Rosie Reay, with or without a beer in front of her. Sometimes she has 20 or 30 names ready to explore by the time we get off a conference call with clients. And when she is really on a role, she has a few hundred by morning…  for which probably 40% or more the domain is still free and 60% or more the trademark is free. Try that on your computer name generator! See how good it is at seamlessly connecting roots and syllables and even different language parts.

Maybe it is no coincidence that Rosie is also our chief linguist. You have to know languages well to generate words fast. She worked for a German import company right out of college, then a London Ad Agency, then many years in the financial and IT sectors in the UK. Already fluent in English, Spanish, Catalan and Afrikaans, with a fair bit of German and Dutch too, her Latin dictionary is well worn and she is still learning new and old languages and sharing them with her grand kids and grand nephews, while having a broad international fellowship of friends from her base in Southern Europe.

In fact, Rosie says that when she gets stuck she loves exploring old or even ancient dialects like Ladino and Tortosί, or conferring with some distant family relatives in the Valencian dialect of Catalan.

PS Rosie is only one of our five great namers.