Home › Branding › Brands that grew out of adversity

Brands that grew out of adversity

As the world goes through some tough times right now, it is interesting to see which major brands grew during depressions and wars. Surely there are some lesson to be learned here – not the least of which is press on and advertise so consumers don’t think you have gone out of business. 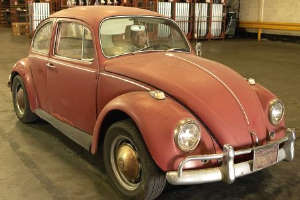 A direct result of the wars with Germany per Adolf’s Hitler’s exhortation to Ferdinand Porsche to build a car for the common people. He even was the guest of honor at the opening ceremony and was presented with one of the first cars off the line.

And in much more recent news, Volkswagen paid the biggest fines and had the biggest recalls in automotive history when it was discovered they had purposefully fudged the results of their smog measurements. And how has this affected their worldwide sales? In 2019  the VW group sold more cars than any other auto company in the world!

Sony (from sonnus for sound and sonny – my little boy)

As the co-founder Mr Morita has so eloquently stated in his autobiography, they had no choice but to start over with a whole new line of products from Tokyo Electron Company (Tokyo Tsushin Kogyo KK) as they were working from a factory with a bombed out roof after the war.

One of their products was the Sony portable transistor radio, just when everyone was going bigger and bigger with their hifi’s. The product line became more famous than the parent company so in due course that became the company name too.

Fanta (from “fantasie” – German for “imagination”) 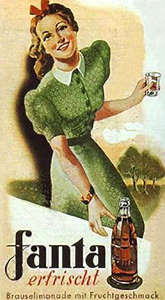 During World War 2 the Germans were unable to get the magic coke syrup from the USA for their much loved Coca Cola so they converted the factory to make its own fruit flavored lemonade.

Their manager said to use their imagination – and they did, though reports say their initial drinks were pretty awful because of the lack of fresh fruit during war time Germany.

Today, however it endures as a major brand worldwide, especially in areas like India, Africa and Central America in addition to Germany and Eastern Europe. 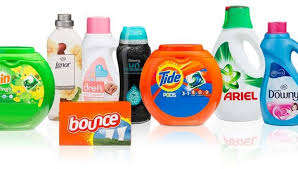 Going into World War 2 P&G already had a broad portfolio of products but when they analyzed the potential of each it became clear to them that people would still always need soap. So this became the big emphasis of the company, to the point where they first created, then sponsored, a series of lunch time shows aimed at housewives. To this day, such shows are very popular and provide great advertising vehicles for consumer products. We know them as soap operas and Proctor and Gamble is the company behind more than half the top laundry detergent brands in the world.