Home › Branding › Metaverse is a great move for Zuckerberg

Metaverse is a great move for Zuckerberg

Congratulations are in order for Mr Zuckerberg for having the courage, drive and consistency to stay the course with the big vision of his technology connecting the universe. Meta Platforms Inc. isn’t really the new name for Facebook – after all that remains a big division. Rather Meta is the name for the corporate holding company – a previously missing brand entity. And it has nothing to do with the accidentally coincident current mess about the Facebook Papers that political pundits like to claim.

When Oracle buys a company, it disappears under the Oracle umbrella. Same for Microsoft. But Facebook has done bigger acquisitions that stand alone and apart from Facebook and I am sure they will be doing some more in the near future.  So now Facebook and Instagram properly reside as sibling divisions and brands under the Meta Platforms Inc. corporate brand and umbrella. Same for Messenger and the VR companies.

This is a big, carefully thought-out strategic move. Mr Zuckerberg has always been a great roadmap visionary of where he wants to go and connect the world and it is nice to see he is not backing down even though they are suffering from being too successful syndrome. I am sure it was carefully thought out, planned and in the works for some time, rather than a knee-jerk reaction because he was called to Washington after some whistle-blowers revealed old news. After all, Google has already done a similar move as it lays big bets on some Alpha startups, and named their parent holding company Alphabet. And this too will go down as one of business’ major corporate name changes. 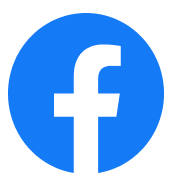 I still smile when I talk to some friends that seem to think Facebook is the internet – because that is where they spend all their online time. And Facebook has 2.89Billion active users! Wow. Meta might end up with most of the planet visiting one of their sites each month – providing they can improve their security and protection of private data.

PS Why can’t I delete my birthday from Facebook? After all, it is used as a security key with all my medical records and many of my bank records too. But you can change it. I wonder when Facebook will notice how many very active users they have in California over 100 years old 🙂