Home › Branding › French Bee instead of French Blue – except in logo

French Bee instead of French Blue – except in logo

While the current news is sensationalizing the potential airstrikes over the end of August in France and British Isles (and outside Europe too), the budget French airline company is buzzing  along nicely amongst happy travellers. They really are flying  higher and further from Paris Orly Airport, with their new re-branded name from Frenchblue to Frenchbee, while preserving their blue logo image and colour schemes

There previous name was similar in the descriptive of two simple words joined together and the pattern has followed. So why did they change it?

American Aviation objected loudly to FrenchBlue for another airline waving BLUE in it. Yet I wonder why it was deemed reasonable for them to have and maintain the names: JetBlue Airways; Airblue or Blue Air and not be thought confusing to one another.

Why haven’t the British aviator authorities not seen fit to comment when they have names bordering on Frenchbee? Namely: Flybe.com(pronounced /ˈflaɪˌbiː) orFlybmi. (unfortunately the latter has gone into administration.) Homonyms work well in naming if kept simple and with clarity.

Another interesting aspect of this name is that it has an alternative meaning as well. Remember when you used to do spelling bees in school? Well French Bee could be your French language test! 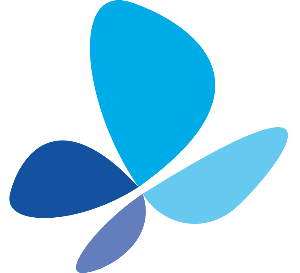 The French were very astute in naming the suffix as an English word from the entomology of bee  instead of the more difficult for foreigners to pronounce or spell as bee in French  = abeille. Somehow, FrenchAbeille  is not as smooth and doesn’t roll off your tongue. Whereas, irrespective of the language bee is ponounced as the letter B in English. Also the letter B in French is similar but said softer and shorter thus easily to be understood by Europeans and global travelers.

Curiously all logos are BLUE. Is this co-incidental, unimaginable or deliberate to mislead /confuse travelers when browsing to book with them while searching for a competitor? Surely the bees in France are not blue – except maybe the sting in their tail! At first glance on sides of planes we thought this was a 3 leafed clover. Only now do we start to see it is maybe a bee!

Please do your research to avoid costly, expensive and possibly legal costs in forcing you to re-name your company for which you have already run-up a small fortune in logos and advertising costs and chic uniforms for land aircrews.