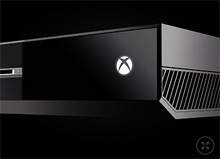 Just as well that XBox has been a successful gaming platform from Microsoft, because it sure has suffered more naming travails than usual – and travails are usual at Microsoft.

First it had no name, as rumors of its impending launch were spreading around. Apparently in desperation it ended up with the Xbox nomenclature, though it has never been for X rated games (I think). How more generic can you be than X and Box? How many marketeers in Redmond, Washington and Foster City, California did it take to not think of a real name?

So then we have XBox Live followed by XBox 360 and finally we have come full circle and have XBox One.

I wonder what the next generation will be?  In the meantime I visited www.xboxtwo.com and guess where I ended up?