When S evolves as an empowered Z – Sandvoort to Zandvoort

Formula One is rife in Europe but Barcelona, Spain has lost its place on the grid to the beach side track in the Netherlands, aka Holland -Zandvoort Circuit. 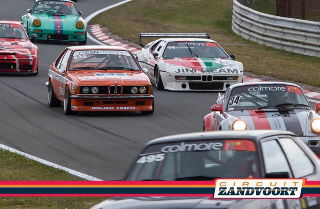 Zandvoort has risen from the dunes as the Dutch eagerly awaits great expectation from their Belgian import who races under the Dutch flag, Max Emilian Verstappen to race ahead – not if Lewis Hamilton Mercedes or Charles Leclerc Ferrari (Monaco) have a say in it!

Now we have three well-known racing circuits that have all started with the strong letter Z.

Zeltweg in Austria. Zolder in Belgium (Hausden-Zolder, but is always abbreviated for simplicity) and Zandvoort in Netherlands.

Zand- is purely sand, implying the beach and relative to the term strand in English etymology. Whereas, -voort is a ford (not the car manufacturer Ford). Fords are barriers and associate with the sand dunes keeping the seas at bay. However the word evolves down from Scandinavia where they have fjord coastlines.

Those who speak Germanic based languages (Danish, Swedish, Norwegian, Afrikaans, Dutch, Flemish, German, Swiss and so on) will see a different combination in the morphology of the suffix -voort as voor-t. Voor suggests in front / out(side)/leader. When the -T is added our audio links voort  to the Vikings of the olde world in their word fort.This leads you onto fortune or fortitude -all of which are elements of the racing fraternity and sport, therefore, valid in their name formation.

Curiously the sleeping village dates back to 1100. This area of the circuit lies marginally lower than the land area of the sand dunes. Sandford (as single language tourists usually refer to it)  or “Sandevoerde” is still officially the correct name, though by locals commonly referred to as Zandvoort . 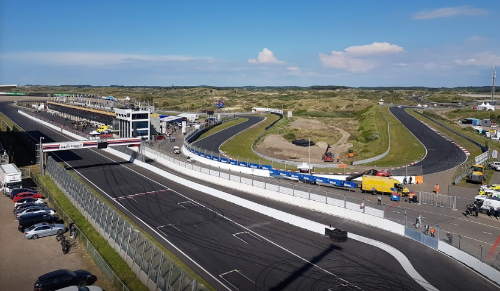 Zandvoort is a beautiful, strong name and stands above many of the other racing circuits name. Graphic designers love the sharp Z symbol, ignited across the billboards and has longevity ever since the popular cinemascope of Zorro. Yes, Zandvoort is memorable and can be pronounced by many language groups without difficulty.

Likewise it would have been amazingly memorable to have witnessed the Test drive of hydrogen racing car on circuit Zandvoort on  9th July 2019 and officially photographed by Koen van Weel. Funny how when I first pronounced it in English mode, and not Dutch idiom, it was “w(h)eel”  and not as V-eel (W is a V sound). A Dutchman snapping the first formula hydrogen racing wheels on that stunning Netherlands track.

Yet, when a name becomes too long, it is over-complicated for people browsing the internet to remember all is facets of its orthography, even though it is a great company like: Zandvoort Draadenindustrie B.V (www.Zandvoort.big)

If you are not sure if your Company name or product  name is appropriate as you may have out-grown the original brand or maybe need a revitalized product architecture (or review), give us a call and we will test drive them for you. How will your customers pronounce your name? Will they recall it? A name needs not be descriptive, it could be coined or classical or many other options as long it is right for you and your target market, and not too close to your competitors so as to cause a trademark infringement issue.

PS Of course, we have the minor discrepancy with Z names that this last letter of the alphabet is pronounced Zed in Europe and other English-speaking countries, except the USA where they say Zee.