Home › Branding › Pono – The iPod for the serious audiofile

Pono – The iPod for the serious audiofile

In the older tech days, there was the MP3 players and the Digital Audio players, and they all had such generic descriptive names you could not remember which one came from Dell or Creative or Sony or Microsoft. Then that magic consumer company with the fruity name crossed over an old name they had for internet kiosks and the iPod tidal wave began. Today Apple is one of the biggest (if not the biggest) music distributor in the world, especially as many of us use our iPhones instead of iPods to listen to our own giant slate of music. 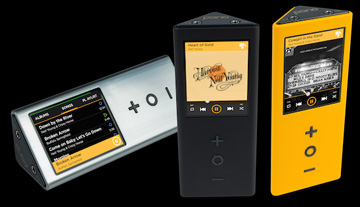 So how does a real audiofile team compete when they want to introduce a newer device for a much fussier audience? Of course you make a consumer friendly hires audio device and give it a short sweet name. But all the good short names are taken, I can hear you cry. Sure.. but a visit to Hawaii will give you a great little name like Pono that means righteous. The one, the pure.

Actually Pono has many other meanings too, some of which are context based. Doesn’t matter. Lots of words in all languages have multiple meanings. More importantly the new team, that includes the legendary Neil Young, found a short, unique and easily pronounced name to brand worldwide. So when people start to rave about the incredible depth of each track on the new player, they have a great name that is shorthand for the full brand promise to pass along by word of mouth and mouse.