Home › Branding › Sochi is the name in the news this week

Sochi is the name in the news this week 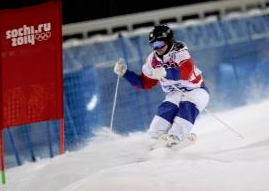 Unless you are living under a bush, the new name you will hear wherever you turn this week is Sochi, home to Russia’s Winter Olympic games. They could have just as easily called it the Krasnaya Polyana games, where all the alpine ski events are being held, but imagine what a marketing challenge that would have been to engage the western world.

Yes, most Russian words and many place names are very difficult for us to handle, but Sochi is clean and simple and similar to Sofi, so we recall it easily. In any other context it was better known as a Black See summer resort area, but if you want to host an Olympic games it takes some big time campaign selling to the IOC, and a pretty place with a pretty name makes that a lot easier.

And now I will promptly contradict myself, as the 2018 Winter Games will be known as the 2018 Pyeongchang Games. Yes, Really. But I am betting NBC will soon start calling it the Korean Winter Games – they know their announcers and audience can only be stretched so far with foreign unpronounceable names.