Home › Branding › Is Trump Pence only worth Tuppence?

Is Trump Pence only worth Tuppence? 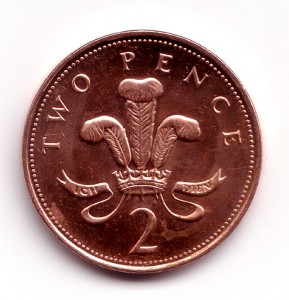 Many of my clients might say that from a pure naming point of view, the Trump Pence ticket is better. After all, only two syllables and from two common English words, easy to say and remember. Meanwhile, all my English relatives are saying: “Not so fast, did you mean only worth tuppence?” Yes, tuppence, meaning two pence, has been not officially used in English currency for a long time, but the expression lives on.

And as  a good namer or linguist would point out… the two words do not run together. So you have to really stop briefly between Trump and Pence to separate the P’s.

So at end of day, the two syllable political ticket name, loses its advantage to Clinton Kaine, which is not only smooth to say, but has the sharp K sound for stickiness and recall.

Will this affect the elections? Who knows. Probably not as much as how the candidates appear on TV. Most voters are visual and hence presidential elections since the advent of TV debates have been won by the most camera compatible candidate. Bush/Gore was too close to call visually… and so was the election as it turned out.