Home › Domain Names › Absolutdata forced to run from their own trademark application.

Absolutdata forced to run from their own trademark application.

I am not a teetotaler (well not quite) nor a prude, but I still don’t like software companies named after alcohol drinks. Yes I know Blue Martini was successful for a while, but I never could bring myself to even investigate their offerings. Now along comes a new Silicon Valley startup striving to make a new mark – and of course they need a name. But why name it after not only a big brand in alcohol, but a big, big brand in all branding studies and textbooks. 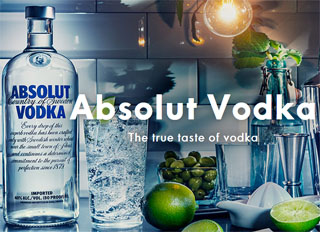 For those of you who don’t know, Absolut – like in Vodka, was a struggling brand until in a master stroke of marketing, they pulled the products off the shelf, repackaged it in very unique bottles, raised the price and repositioned it as a premium drink. In addition, and no one has ever executed this quite as well as them ever, they started high end ads and PR where their bottles, and often only bottle outlines, started appearing floating in other images or just standing alone. Many of these images never even mentioned the word Vodka – and they weren’t about to tell you it was the same old formula as before. Just in case you have been living too long with your head in a laptop or cell phone, Absolut Vodka is one of the major brands of the western world today.

Sometimes when you purposefully misspell a word it frees up domain space. But that doesn’t mean it frees up trademark space, especially when it is pronounced the same and is “confusingly similar”. Why Absolute Data Group, out of Australia but with worldwide offices, haven’t been after them I don’t know.

Interestingly, AbsolutData have never filed for a trademark on this version of their name ever, only for AD Absolutdata Intelligent Analytics. More interestingly, they have beat a hasty retreat from this trademark application, even filing their own express abandonment of application. You sure don’t see that often unless someone knows they are in trouble. Though Absolut Vodka is a very different product in a very different International Trademark Class, they have protested vigorously, even to the point of referencing the Australian software company.  I am not sure, but they may be trying to claim they are a Super Brand – and surely they are at this stage even though there is still no where to file for Super Brand status in most trademark registers.

Finally, Absolut Vodka is also used in packaging studies as one of the leaders in Vodka packaging – which is mostly about the bottle. Next time you are in the liquor aisle at your favorite store, notice how varied and creative all the vodka bottles are – better than most other alcohols and way better than wine or beer. The main reason for this (in the USA at least) is that vodka is so tightly regulated that there is very little difference in the taste from one to another.