The crowded skies of cloud names 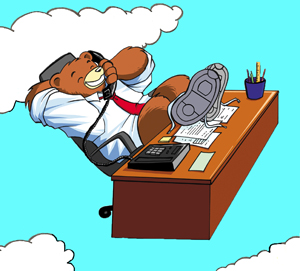 Many years ago Mark Andreesen named one of his first startups after Netscape, LoudCloud. Awkward as this name was, he is such an industry pundit that it caused a run on Cloud domain names. Interestingly enough, even they weren’t comfortable with the name and in due course it was renamed Opsware before being sold to HP back in 2007.
Recently we have been thinking about how crowded it is becoming as Cloud based computing reaches a crescendo. This was confirmed for us at the recent Product Marketing Camp in Silicon Valley where more than one speaker said they had visited many a software client recently, all of which were providing undifferentiated cloud-based services. When I asked what was the next big fad that would drown out all this cloud noise, the audience chuckled mightily. And no one wanted to be reminded that LoudCloud went public back in 2001. So much for the speed of technology and the embracing of hot new ideas.
Naming consultants like us are still very happy to provide product names that position your systems and services in the cloud, but wouldn’t you be better off focusing on what your end-user customers want instead? Ideas like ubiquitous data everywhere, for example?