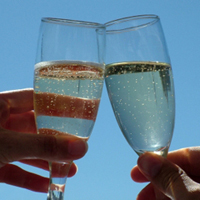 What makes a name memorable? Here are the top ten major characteristics of memorable names. Since some of these are opposites of each other, no name has all ten characteristics. In fact, you really only have to have one of these as you start out…. and then time and execution on your side.

Names that are smooth and easy to say and remember are the ones that just roll off the tongue. We say they have good alliteration even if they are more than two or three syllables. Names like Motorola, Coca Cola, Grey Poupon, Sony, Dreamworks, Toyota, Rolls Royce, G.I. Joe, Pepsi, Safeway, Solyndra and Microsoft.

Yes, names like Kodak, Qantas, Kinkos, Compaq, Exxon, Acura, Nokia, Geico, Pixar, Flickr, and Ikea all have one of the sticky consonants (K, Q, X, Z and sharp C) in them. These consonants are pronounced from deep in our throats… where they almost stick. As a result, they too stick in our brains.

With enough money you can brand almost anything, even meaningless initials or generic names. Names like AT&T, IBM, HP, Microsoft, Mitsubishi, Verizon, BMW and Accenture.

Being a dominant player in your marketplace almost guarantees your name will be memorable, regardless of its style or roots. For example: Intel, Google, Starbucks, MacDonalds, KFC, Walmart, IBM, and Oracle, to name but a few.

Not the route most people would choose, but these names are all very memorable too. Enron, Hustler, Global Crossing, Stanford Financial, Exxon, GM, Lady Gaga, and so on are such names.

Not necessarily a style that is still being pushed big (unless you are named Trump or Bloomberg) yet famous founders lead to memorable names like Ford, Disney, Nordstrom, Macy’s, Armani, Firestone, Hershey’s, Boeing, Ferrari, Oprah, Ryanair, Hilton, Hyatt and Tiffany’s. Mercedes too, though that was really their first dealer’s daughter’s name and not the founder’s family name. And they need not all be real families, as we witness with Juan Valdez coffee, Aunt Jemima’s pancake mix, Betty Crocker, etc.

Isn’t it amazing how you can bring over a French or Italian word and it just seems to add immediate class to the fashion, cosmetics, furniture or automobile world? Names like L’Oreal, Alinghi, Ferrari, Louis Vuitton, Gucci, Coco Chanel and Prada for example. Germanic names, on the other hand, are more likely to impart surety and steadfastness as seen in the likes of Porsche, Bayer, Volkswagen, Lufthansa or Budweiser. And we all love other names from Latin based languages. Which is why we consume so much Aquafresh, Fresca and Fritolay’s.

When you bring over a word from another usage (in fact, its normal definition) and repurpose it, you can end up with a totally new and equally memorable name. Examples of these are Apple, Adobe, StarBucks, Facebook, Shell, Wells Fargo, Playboy, Aloha Airlines, Amazon.com, Old Navy, Virgin, Intuit, Twitter, Go Daddy, etc.

Yes, believe it or not, like in Ripley’s Believe It or Not, long names are very memorable, even though they are not fashionable and can give all the marketing people headaches. Here we mean names that endure in full as opposed to those that are quickly abbreviated – in which case they soon drop into obscurity unless they have significant brand dollars and time behind them. Other examples we see are: I Can’t Believe It Is Not Butter, National Geographic and George Foreman’s Lean Mean Grilling Machine.

There can be many problems with geographic names as you expand beyond your original base, but there are still some powerful branding opportunities within this characteristic. For example, South West Airlines is doing such a good job people don’t really care that they are often not flying in just the south west anymore. But names like Indy 500, Tillamook Cheese, Seattle’s Best Coffee, Chanel Islands Coffee, BP, American Airlines, Oxford Dictionary, Southern Sun, Yorkshire Tea, etc.

PS Of course, if the boss (or his lawyer) don’t like it, nothing else matters.