The Right Names Go Down in History

Mythical status for some names

Names are an interesting thing. In fact, the right name can give people or things an almost legendary or mythical status. Today’s small startup companies and corporate giants are always looking for a new angle or product name that evokes popular sentiment and catches on like wildfire. What has caused this emphasis on the importance of the right name in today’s marketing strategy?

All we have to do is look at history to feel the almost visceral power that names can evoke. When we hear certain names they evoke emotions in us, whether those are positive or negative. Let us look at some interesting historical figures and popular movie character names that still manage to arouse sentiment even while competing with today’s high tech gadgets and instant pop music success stories.

Most people have heard of Florence Nightingale, the caring nurse and heroine of the Crimean War who tended to wounded soldiers. Now the question is, would her legend have cast quite such a large shadow if her name had been Erna Grubb? What about the Red Baron, the famous World War I fighting ace? Would he be quite the myth he became if his plane had been purple with white spots instead of red? In fact, would the Purple-spotted Baron evoke quite the same image? It is highly doubtful. 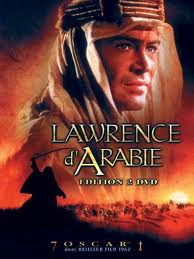 Lawrence of Arabia is an unforgettable figure. T.E. Lawrence will forever be remembered as the Western hero who was worshiped by the world after his heroic exploits in Arabia became known. But what if his name had not been Lawrence? To illustrate, let’s look at a more recent public figure. Many people remember Amy Fisher, the Long Island Lolita and Joey Buttafuoco. Now let us assume that instead of Lawrence, T.E.’s name had been Buttafuoco. Could Buttafuoco of Arabia arouse the same sentiment in a hero-worshiping populace? Enough said.

Some of the most popular and enduring movies in the last few decades have become so in large part because of the cool character names and movie titles. Would “Star Wars” be as popular if it had been called “Star Hissy Fights”? Luke Skywalker and Han Solo are legendary. One would hardly think the same cache would be attached to the character if Luke had been named Luke Smith Jr.

Han Solo would not be so memorable without his moniker. Han Walter Fartazak would no doubt have become the subject of intergalactic derision instead of heroic feats of valor. It’s all in the name folks! The name, Darth Vader invokes fear and apprehension in legions of Star Wars fans. If he had been named Orville Pipple, his whole dark aura and persona would have been emasculated.

The James Bond movies have done extremely well over the last few decades. There have been several new Bond movies in the last few years and the franchise is still going strong. This franchise owes its longevity to babes, brawn and high-tech gadgets. Let’s not forget the cool movie titles and character names. When we invoke the name, “Octopussy”, do we really have to say anything else?

The names, Honey Rider and Pussy Galore sure don’t make you think of a product that bees produce or a bunch of fluffy kittens do they? “Goldfinger” would not be as imposing and ominous if the name had been “Goldtwinkletoes”. “To Russia with Love” sounds a lot better than “To Russia on the Cheapest Flight Possible”. “The Spy Who Loved Me” is catchier than “The Spy Who Lost His Briefcase”.

While many things come and go, there are some things that catch the imagination of the population and manage to go down in the annals of history. A well-chosen name has the ability to capture an audience and helps the person or thing associated with that name transcend to cult status. Names can be evocative of a time or place and stir the imagination of the public. Sometimes, product names are so well chosen and describe the actions they perform so well that consumers call all similar products by that name.

Saran Wrap is used to describe all plastic cling film. A more recent entry into name immortality is Google. When you ask someone to search the internet, what do you say? That’s right; the name, Google has now become synonymous with internet searches and modern life in general. Nobody says Yahoo it or Bing it. What were they even thinking when they named the search engine, Bing? Like that is ever going to catch on as a household

Jess Holden is a freelance finance and marketing writer from England who currently writes primarily for a bank magazine on a loaning cash strategy. Having worked on a number of brand and advertising projects she knows the importance of a name.