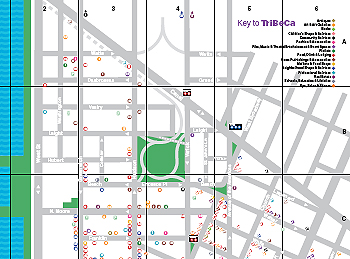 Every day we are besieged by thousands of visual images, most of which are a product of our environment and our social habits. City folks in particular see so much more visual advertising and events than others, but anyone who watches a lot of TV also sees a lot of images. If we were graphics designers, these images would influence our own design ideas, just like interiors we are familiar with affect how we decorate our own homes. For a different look, or for those who don’t have a natural talent, we might hire a professional designer. Someone who has actually studied a variety of designs and materials and looks. But even then, we check to see what work they have done, and what particular style their clients usually end up with.

But what about aural influences. How many words a day do we hear? In fact, for that matter, how many words do we even know? Most people have a working vocabulary of 20,000 words or less, unless they are highly educated and well-read. Some languages of the world only have 20,000 words total. While English may not be spoken by as many people as Chinese, it does have one of the largest vocabularies because it originated from three different language roots: Latin, Anglo Saxon and French. Even so, there are only 100,000 words in the largest English dictionaries. (Note: Some say 300,00 names now with all the coined and slang words).

So, of course, we are influenced by the words we hear in our daily environs, regardless of whether they are in a dictionary or not, regardless of whether they are slang, abbreviations or simply street talk. Many people and companies struggle with naming because they are working off the same small subset of words used in their daily lives, along with the jargon of their particular industry. And every person and every company has a certain natural style and personality, which further pigeonhole them when it comes to naming.

But what about getting help from naming professionals? Well, firstly, if you hire a “one-man” band, they will have a particular style, but if they have studied properly and worked diligently in the field for many years, they will know other styles. Just like your interior designer, first see how broad their style portfolio is, and realize it many difficult for them to cross over to another new style. Better still, always use a naming agency that has multiple people on staff, with multiple styles. Of course, these staff namers will also be influenced by their environment and location too, and this can be particularly noticeable if they are all the same office. See Subaru’s Tribeca example, above, even though this name does travel better than some as many people do not know NY so well. (On other hand, some think it is named after a Tribe from Canada or a Tribe from California).

These natural biases in people are not necessary bad, and in some cases (especially local businesses) may even be advantageous. But if you are going national, and especially if you are going international, you are probably better off with a naming agency that will assign different namers to the projects. Namers with different naming styles, Male and female, east and west coast, US and Canada, Asian and European.