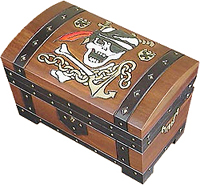 A long time ago, Land Rover was the marquee brand and worldwide leader in 4 Wheel drive Safari vehicles. They played a large roll in spawning an industry that grew to be today’s SUV market.

And, of course, the Japanese copied them. But Toyota went one step further, and called their line of vehicles the Land Cruiser. Probably not to confuse people. Probably to build off the great allure and world wide recognition Land Rover had already established. Why didn’t Land Rover cry foul? Probably because they were too busy trying to survive financially at the time back home in the U.K. Probably because they also woke up too late since Toyota’s Land Cruisers first took hold far away in foreign lands.

Sony’s Walkman was a megahit product line and today it is still a superbrand. Soon thereafter they had the Talkman, Discman, Bookman, Pressman, MD Walkman, Ms Walkman and Video Walkman, Calcman, Pac IT Man, PacketMan, InfoMan, LatheMan, MillMan, Scoopman, etc. Yet they always said they regretted not doing a better job of trying to protect the “man” name. So today Logitech, as just one example, has a MouseMan, TrackMan, Webman, Cyberman, Surfman, Wingman, Soundman, etc.

The BlackBerry device from RIM (Research in Motion) has pioneered all sorts of wireless email markets. The name has almost become generic “I got a message on my Blackberry” even though you were using a Palm or other cell phone device. They have held a dominant market position and resolved major legal patent disputes about their technology. How does Samsung catch up? Partner with Cingular and launch the Blackjack! But it really is awfully similar looking too. And that name really implies they are taking a gamble too!

So what would you do if you were RIM? Fight back of course.

RIM said in the court statement, “Samsung, by wrongfully using the BlackJack mark in commerce, is tarnishing, blurring, diluting, and/or disparaging RIM’s reputation and goodwill, as well as RIM’s famous BlackBerry Marks.”

Notice the use of the word “famous” in this legalese. Trademarks have special rights when they can be judged to be famous. Well these are both key product lines for the companies involved, and a settlement was quickly reached.

In the suit filed in December in the U.S. District Court for the Central District of California, RIM had alleged Samsung was “misleading the public into falsely believing that Samsung’s goods and services are connected with RIM’s business.” RIM also said in its statement that the settlement with Samsung includes “certain reasonable measures to avoid confusion in the marketplace.”

Samsung Telecommunications spokesman Kim Titus confirmed the settlement, adding “we will continue selling the BlackJack by that name, and the rest of the terms of the settlement are confidential.”

Motto of this story: If the moth flies too close to the flame, he could get burned.

Question: Would you have had the money to fight such a legal battle?